You are here: Home > The CUNY Academic Commons — in a Box! 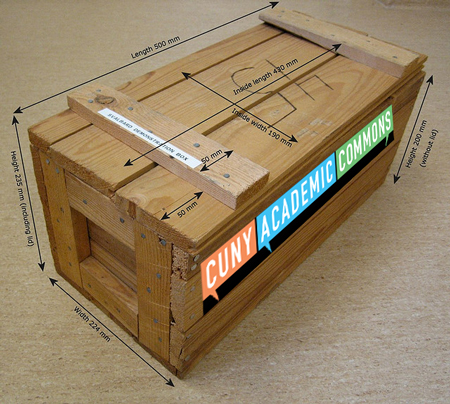 While the project is exciting in and of itself, there are three elements of it that are especially notable. First is the renewed commitment to open-source development envisioned in the project. The Commons In A Box will be established as a free and open piece of software, meaning that other organizations will be able not just to download and modify the code for free, but also that, if all goes well, the project itself will begin to incorporate the work of outside contributors. It is our hope that the Commons In A Box will become a self-sustaining open-source project that developers around the world will help us improve and extend.

Also notable about this project is a new partnership with the Modern Language Association, the largest and most prominent academic organizations for literary scholars in the world. As part of the project funded by Sloan, the MLA will be installing a pilot version of the Commons In A Box to create an MLA Commons for its 30,000+ members. This partnership brings new visibility to the Commons and to the open-source development work being done at CUNY.

Finally, this project represents an important turn for the Commons development team. While much of our attention has been focused on creating a Commons space for the CUNY community, this project enlarges our scope, allowing us to build tools for scholarly communication for the larger academic community. We are confident that this new outward-facing focus will only benefit our home installation, as the increased resources that such projects bring to us will allow us to port new developments over to our own installation.

All in all, we have much to look forward to in the new year. Please stay tuned throughout the year for updates on our progress.