You are here: Home > Open Up 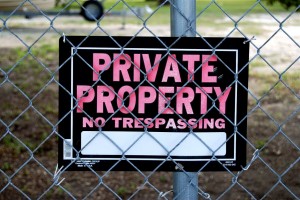 Last week I had a lot to say about open source projects and their relationship to CUNY.  I’ve been thinking about it ever since because I realized that not only is it true, but that the stakes might be higher than I understood.  I know that’s a lead in fit for the Post but I’m serious, open source technology might be the only thing that can save us.

Think of it this way, just a month ago SUNY decided to cut large chunks out of their language programs.  French BAs, MAs and PhDs we deactivated, along with Russian and Italian departments.  For good measure theater is on the way out as well.  Perhaps more to the point would be to just take a look around your own department – plenty of your colleagues and co-workers are just now crawling out from under their desks (if they’re still around) after the great State Assembly budget axe tore through CUNY.  It’s no fun being doom and gloom but the fact of the matter is these cuts are real and not likely to let up anytime soon.  So what does this have to do with the Commons and open source stuff?

How much do you think CUNY pays for BlackBoard?  Good luck figuring that out with Google but it’s not cheap, I can tell you that.  I’m not interested in knocking BlackBoard as a platform here, there are plenty of places to do that, but if we’re talking about cost control it’s worth it to look at anything that comes through a computer and ask – is there a way to do this better?  This isn’t about saving paperclips, it’s about saving jobs by understanding that if we’re being asked to do more with less, there’s a wealth of ways to do that online if you invest in open source strategies.

Maybe this is over-stretching it, but I think there’s still a hint of distrust from those who write the checks about anything that’s free or relatively close to it.  It’s hard to get a warranty on something you didn’t pay for, harder still when it’s something you have to fix yourself.  Don’t get me wrong, there’s plenty of open source projects out there that operate with customer solutions departments for the premium paid version, but it doesn’t always feel the same as a shiny new box from Windows with a pricetag on the back.   There’s also the added dimension of decentralization.  Asking departments or colleges to figure out for themselves what sort of software applications offer the agility they need and letting them integrate it themselves risks losing touch with the top.  Not to indulge in my CUNY-esque distrust of the ‘top’ but this same situation plays itself out between administrative and IT departments everywhere.  IT folks are happy to install Windows whatever on your company machine, but they’re probably in their own office playing around with Linux or Haiku…ok nobody is playing with Haiku, but you get my point.  I’m not naive enough to think that you can just cut a bunch of schools loose and expect everyone to turn to freeware, but in a time where every penny is starting to count, large bureaucratic organizations like CUNY are going to have to start seriously considering the many benefits to be found in open source alternatives and it’s going to need to listen to those who know the culture.

More importantly is to think about all of those French department faculty members across SUNY’s 64 campuses.  SUNY’s a bigger system than us, and possibly one of the only other universities I can think of that would be able to implement and actually use a system like the Commons outside of UC.  I’m not sure what their response has been to these cuts, the nullification of their careers, but I imagine they would have benefited immensely from having a place to come together to work through a response that stretched across the entire university.  It’s part of the reason I’m excited to more departments are showing up on the Commons.  I think it’s important to put departments across CUNY campuses in dialogue with each other, not only for the exchange of knowledge, but for the sense of community that grows out of connecting with one’s peers.  I’ve been exciting about bringing aboard departments for a long time now and I hope to be more involved with it as we go on.

It’s something to think about as more people continue to come to the Commons.  By virtue of what we do here we’ve attracted people who know a thing or two about the internet and could probably do a great service to the university by thinking through ways of integrating better solutions into their schools.  Early adapters are the shock troops.  Maybe doing more with less can be the most we’ve ever done.