You are here: Home > A Common History 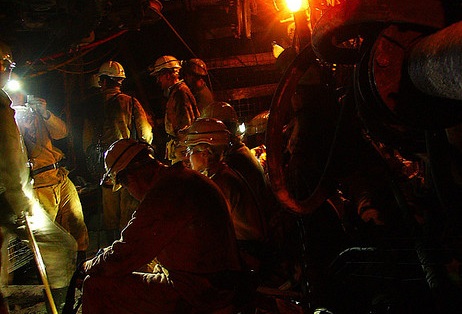 At the start of semester I asked the team to think broadly about the life and history of the Commons.  Admittedly, it seems a little premature at three years to wax nostalgic about this community, but if we consider the blistering speed of technology cycles it’s apparent that our little corner of the internet is getting old enough to borrow the car keys.  When I joined the team nearly three years ago, along with Scott Voth and Sarah Morgano, the Commons had just over 500 members.  Today we’re blowing past 3,500 and experiencing record-breaking growth each week.  Before too long our village will be a city.

We got a little sidetracked along the way to Ground Control.  As many of you know by now, the Commons team was hard at work putting together our standalone version of the site, Commons In A Box, so that others around the world could share in our efforts.  In the words of Matt, “May a thousand Commons bloom.”  While normally I do my best to push Ground Control out every six weeks or so, even my sternest emails and withering glances proved too weak and hollow to drive our team from their course.  This was a team set to a goal bigger than themselves, all John Henry’s laying track as quick as they could.  If this strikes you as a tad hyperbolic I can only assume you didn’t see any of our development team over the last four months or so.  The vacant stares, the stubble, the muttering, the bereaved partners trying to tear laptops from their hands… In the course of about a year we had to quickly rebuild the mess it’d taken us three years to create — only better.  The extraordinary amount of planning, hiring, coding, writing, deleting, and writing again was staggering, but the end result has been marvelous.  Already in its infant first week CBOX has been met with cheer and several new Commons have bloomed.  With that in mind I hope you will forgive (and enjoy) the somewhat dated entries that make up parts of this issue of Ground Control, including parts of my own work below.  Think of them as missives preserved in digital amber from the sunny days before we started losing track of whether we had eaten or not.

Trying to put together a “then and now” review of the Commons is, I confess, a little disingenuous.  Retrospectives are more rhetorical devices, more aesthetic, than the reality they seek to tidy up.  If anything I think it’s safe to say that very little has changed about the Commons in the last three years.  In preparing this month’s Ground Control and reading the posts as they came in, it’s clear to me that everyone involved in this project feels just as strongly about our ethics and mission as they did when our community was six times smaller.  We’ve long said that “CUNY is Open Source” and I think Boone does a marvelous job unpacking that in his insightful post on the Commons.  To be sure, we’ve certainly accomplished a lot, but our achievements strike me as amplifications of our values, not departures in evolution.

In August Matt Gold and I gave a presentation at the Graduate Center, the Commons Road Show as we’ve come to call it,  and while I was talking about blogs on the Commons I mentioned that we now had journals on the site.  I’m candid to a fault so I also mentioned that seeing journals on the Commons was a total surprise to me — it never occurred to me that people would use the Commons to publish a journal.  That kind of innovation on the site is what has changed over the years.  Watching people come to the Commons and explore the boundaries of the tools has been a pleasure and any real history of the Commons is probably a parallel story of what we’ve given the world and what the CUNY community has given us.  On the one hand you have the tools we’ve developed and projects like “Commons in a Box” which, again, reflect or amplify the values and subsequent needs that called the Commons into existence.  On the other hand you have things like the wiki’s Resources for Teaching and Learning with Technology, the prolific course Revolutionizing American Studies, and the countless number of collaborations and discoveries taking place across our hundreds of groups.  This second order of the Commons, second only because they literally depends on our servers and resources, is the true history of the Commons.  The quotidian victories of the site are its real power — its vibrant utility.

I think you’ll enjoy hearing from the whole Commons team in this issue and hope you can forgive the long delay.  This week we’ll be speaking at the CUNY IT Conference and I hope to meet many of you there as I have in years past.  Thank you for your patience and do check out Commons In A Box to see what we’ve poured so much effort and love into.