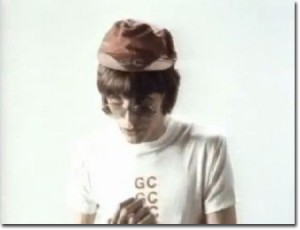 (This blog is designed to provide transparency to the CUNY Academic Questions. In the words of Boone Gorges: “The CUNY Academic Commons is notable not only because of what it is – an open platform for connection and collaboration across CUNY – but because of how it’s built. The Commons is created and maintained by a team made up of faculty, staff, and students from across the CUNY community. Just as we use free and open source software as the technical underpinnings of the site, so too we want to be open about the not-so-technical aspects of building the Commons. Ground Control is a place for our team to reflect on what the Commons means, where it comes from, and how the ideals of the site inform the way we go about building it”. Here I, Marilyn Weber, a new Commons facilitator, interview some vital members of the Commons team to get answers to the 5 Ws.)

Scott Voth: I began working as a Community Facilitator for the Commons while I was studying at Queens College, and continued on after receiving my masters degree in Library Science a couple years ago.  I am interested in digital humanities, digital libraries, open access, and open source.  I support several sites on the Commons, including the CUNY Academic Codex and Help Wanted.  I help out with member support issues, and contribute to WordPress Help and the Group for Group Admins. I put together slides for the Commons front page that publicize our content, and help field question and write documentation for the Commons in a Box project.

Boone Gorges: On the Commons, my title is Lead Developer and Director of Research Projects. I am a former student at the Graduate Center, a former instructor at a number of CUNY campuses, and a former employee as an instructional technologist at Queens College. Currently, I am a software consultant for projects on a handful of different CUNY campuses.

Michael Branson Smith: I am an Assistant Professor and Director of the Communications Technology Program at York College, which is part of the Performing and Fine Arts Department. I also serve as the Director of Academic Computing and Educational Technology for York, supporting integration of technology in teaching and learning.

Dominic Giglio: First and foremost I am an independent developer working towards a degree in Computer Science at BMCC. Specifically related to the Commons, I am a developer responsible for helping to squash bugs while striving to implement new features and functionality.

Boone Gorges: I lead the development team, which means I’m primarily responsible for overseeing the fixing of bugs and the building of new features for the Commons as well as the Commons In A Box software.

Michael Branson Smith: For the Commons I am officially the Outreach Coordinator on the CUNY Academic Commons Team.

Most recently I’ve been working on what you might call ‘special projects.’ Last year a large amount of time was spent launching and supporting cuny.is/live, a video streaming service free for any Commons member to use to broadcast lectures, classrooms, events, etc. There was a fair amount of success with the pilot with the service being used quite a bit by the POOC, Macaulay Honors College, York College, and Queensborough College.

With the help of a good vendor we were able to finally get some CAC swag created. I oversaw the design process for the items.

Dominic Giglio: I work on individual bug reports that either prevent our users from getting the most out of the Commons or prevent them from doing the things they believe they should be able to do. My two most recent additions have been starting to catalogue and pare down the number of older or unused themes and a new page template in our theme to display the various Twitter feeds and lists that support part of the Commons’ social outreach program. I am also a member of and contributor to the Digital Fellows Sandbox, a Commons group dedicated to providing Graduate Students involved with technology related projects a place to ask for and offer help to and from one another.

3)      Where do you see the Commons going? (You can answer this by alluding to where it’s been!)

Scott Voth: I’ve seen the Commons evolve into something bigger than I ever imagined, and quickly become a collaborative hub for faculty members.  Spurred on by the enthusiasm of grad students, departments are getting rid of their listsrvs and using the Commons to facilitate communication and scholarship.

Boone Gorges:  I think the Commons will continue to be a hub for communication and collaboration across the campuses of CUNY. I’m hopeful that in the future it will also be a central node in a broader network of similar CUNY sites.

Michael Branson Smith: I believe the Commons has had tremendous success bring together many in the CUNY community and giving them opportunity to work together in ways they could not so easily previously. This could be due to the ease at which Groups allow members to do work across campuses and within a campus as well. I think the simplicity of the tools and interface allows people to do work, and not have to focus on making the system work they way the would like it to.

Also there’s been a lot of success with individuals and groups using the Commons as a publishing platform. JiTP comes to mind first, as well as the CUNY Games Network.

As for the future I’d love to see the promise of bringing Commons-in-a-Box installations to individual campuses and discovering the potential of federating these installations with the CUNY Academic Commons.

Dominic Giglio: I hope that the Commons and associated projects like CBOX will one day become necessary/sponsored programs within a multitude of different academic institutions, helping to bring education into a more Mutual Aid minded community where sharing and collaboration aren’t just encouraged, they’re required. I would be most proud to be part of a project that renders Blackboard virtually useless.

4)      When can we expect further developments?

Scott Voth: I look forward to the development of federated, Commons-like sites on CUNY Campuses designed to support the curriculum with affordable courseware.  I also hope to see these sites integrated into an open source, CUNY institutional repository, providing a social layer via their highly customisable profile/portfolio systems.

Dominic Giglio: Further developments are an ongoing process and can be expected three times a month: on the 1st 11th and 21st of each and every month to be exact. 🙂

5)      Why, IYHO, is the Commons important? Why should busy CUNY community members take time to check out its various features?

Scott Voth: The Commons may not be for all faculty members and graduate students, but I feel it works well for many – especially those familiar with social networks, and looking for alternatives to the “free” options today.  Open source solutions are vital to public universities, not only because they cheaper but because they tend to provide better results.  Sites like the Commons can address issues quickly and customize functionality more efficiently than proprietary systems.

Boone Gorges:  The Commons is important in a couple of ways:

– It’s unusual among CUNY initiatives in that it’s (a) driven by faculty and (b) truly cross-campus. There are few other forums within CUNY that are designed for this particular kind of cross-campus communication.

Michael Branson Smith:  One of the greatest opportunities the Commons can provide CUNY faculty and staff is an introduction to web culture and networked culture for those that have eschewed social networks. Whether they are actively opposed to or simply uneasy with participating in online spaces – typical reasons might be privacy concerns and/or being over-faced by the shear amount of electronic communications today – if you see that you ‘should’ get involved or would like to be involved, the Commons provides a supportive environment created by a community you can trust. Because the Commons was built by CUNY faculty and staff, for CUNY faculty and staff you can know that concerns and suggestions about the direction of the site and/or the community will be heard. This is because the Commons managed by a team of dedicated staff, is truly a reflection of its members. The Commons is CUNY and CUNY is the Commons.

Dominic Giglio:  Mutual Aid is just as important a factor in evolution as Natural Selection is. The ability to just as easily be helped as give help is the single greatest reason to become an active member of the Commons community.

Michael Branson Smith: I can simply say that some of my favorite people I’ve met across CUNY I would not come to know and become colleagues, friends without the CUNY Academic Commons. My professional standing within and outside of CUNY would likely be very different if it were not for interactions with these people I found and built relationships with. The Commons is a space where you felt you could ‘try anything’ and there were always supportive and encouraging people there ready to give help and support.

Dominic Giglio: Nope, pretty much covered everything in the questions above. 😉

View all posts by Marilyn Weber →