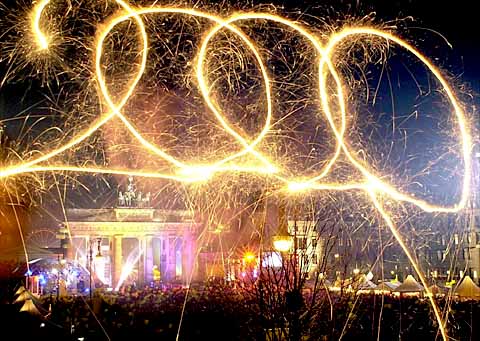 Sometime around a week and a half ago the Commons picked up our 2000th member.  To be fair we have a tiny percentage of inactive users (Come back to us!) but the spirit of the thing remains.  2000 people in the CUNY community have come to our site to connect with their colleagues across New York City and the university.  A quick stroll through our public groups alone shows you the breadth of CUNY’s interests and what can be achieved when we work together.  The Digital Humanities Initiative is a passionate group of researchers and educators who have made a name for themselves and CUNY in the DH field.  The E-Books and E-Readers in the Libraries group continues to have a robust conversation about how to use the increasingly ubiquitous e-readers throughout CUNY’s libraries.  In fact librarians, historically brave technology adopters, have taken to the Commons with gusto.  Many of our most passionate and occasionally hilarious blogs come from our phalanx of CUNY librarians who have made a digital home here on the Commons.  While we’ve nearly tripled the number of members since when I first started, I still feel like I know or am at least familiar with everyone who has set up shop around here.

About a year ago I tried to figure out what it would mean for every member of the CUNY Community to be on the Commons.  With staff, faculty and grad students I put the number somewhere in the neighborhood 20 – 25,000 potential members.  If stay on the low side of that and keep it at 20,000 then we’ve managed to bring about 10% of CUNY together so far.  If you’re feeling conservative (peckish perhaps) you might say that about 10 – 15,000 people are out there waiting to be introduced to the Commons, in which case we’ve already met 20% of them here.  Not bad at all for a little under 2 years of work.  For a long time now though the Commons team has been engaged in a conversation about just how we talk about “growth.”   The Commons has a culture.  It’s a culture we’re proud of and everyone here works together to build it.  Your groups, your blogs, your networks, the kinds of things you link to in your profile, the conversations you start, the friendships you make – all of these contribute daily to what the Commons is.  The Commons, quite literally, is CUNY.  Beyond some sharp aesthetic choices, challenging development work, and dedicated member care the Commons is a field for CUNY Commoners to build whatever they like on.  So is growth really the accumulation of more members?  Well, more people hanging around the joint does mean more potential connections to be made, larger networks, greater diversity on the groups, etc.  But growth is not always vertical.  Looking to cold numbers like the increase in membership or the proliferation of blogs and groups only tells us the structure, not the very heart of the thing.

I mention this to make two points.  The first is paradoxical; we cannot help but celebrate our growth in so far as our growth is the product of our own celebration here.  The very atmosphere of the Commons has brought some 10 – 20% of CUNY to this little corner of the internet.  The congratulations to be had all go to you, the user.  Whatever it is you’re doing here, you’re doing it well and we’re grateful for the opportunity to help support and watch it grow.  The summer months tend to be quite breezy around here.  Traffic slows considerably and activity on the site hushes to a whisper and yet it grows.  Come August we’ll see membership climb by a hundred or more with the blogs and groups keeping pace at a similar clip.  The flat facticity of the numbers is a kind of trophy for work well done here.  The real question and the second point to made is about this other sense of growth.

What makes the Commons both functional  and compelling is it’s culture.  We can talk about quantifiable growth quite easily – I have spreadsheets and the like – but what concerns us really when we talk about growth is how do we continue to spur on the sense of community we’ve all built here.  The whole of the Commons team wretches at the mention of Facebook, not because we don’t admire the structure, but because of how barren its interest in community is.  I should pause here and maybe not implicate the whole of the Commons team in my own particular beef with Facebook.  Personally, what I find so unfortunate about Facebook is how generally disinterested Facebook users are in other Facebook users.  The pleasure of a community like Livejournal in its heyday was the sense of discovery.  Facebook held a similar promise in it’s beginning and over the years has manage to push each person into becoming a walled garden.  People want to share themselves and connect via Facebook but the sheer volume of users, shoulder to shoulder, immediately sends users to the privacy settings.  While I don’t believe that unbridled statistical growth on the Commons would lead to a similar frost, the work is found in making sure that both senses of growth keep pace with one another.

To protect that kind of equilibrium we constantly have to ask ourselves: What brought you to the Commons?  How did you hear about it?  How do you check in and use it?  How do we nurture the culture here and continue to make it an excellent place to connect, create and explore?  We do a little evangelism here and there with presentations and workshops, we pay attention when the community suggests new features and then get to work building them, and most most importantly we try to help when you find yourself out there in the tall grass and need a hand.  I suspect that the culture and sense of community on the Commons is a result of that.  So long as we’re vigilant about stitching any tears, the balloon will float along just fine.  2,000 members and climbing folks, it’s quite the view.