You are here: Home > Adding Non-CUNY Members to the CUNY Academic Commons Just Got Easier 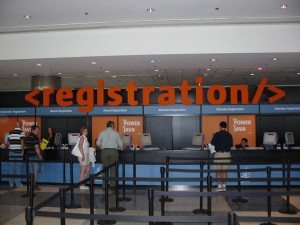 When we created the CUNY Academic Commons a few years ago, we began with two simple rules: members had to be members of the City University of New York community and they could not be undergraduate students. The first rule would ensure that the Commons would be dedicated to building community within CUNY; the latter would acknowledge the reality that our small support team could not hope to accomodate a potential userbase of 250,000 undergraduate students.

In the past, accounts for new members have had to be created manually by site administrators. We’re very happy to announce a new process for adding non-CUNY members to CUNY Academic Commons groups: projects can now request a special sign-up code for their group, and potential members with non-CUNY members can use it during the sign-up process. And the sign-up code can be associated with the group in question, so that the new member is automatically added to the group upon sign-up.

If you are involved in a project that uses or is thinking about using the CUNY Academic Commons as a platform for communication and would like to request a sign-up code, please let us know, and we’d be happy to discuss it with you.