You are here: Home > Unexpected Consequences 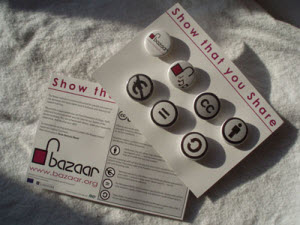 When Brian suggested writing about first impressions of the Commons and my expectations, I flashed back to WordCamp NYC, sometime in late 2009, at Baruch.  I was getting my MLS at Queens College, and was new to WordPress, and sat in on a couple great CUNY presentations.  The last one was about the CUNY Academic Commons.  Someone (was it Boone?) was talking about how information at CUNY often gets stuck in institutional silos.  The image he projected explained the situation, and the rest of the presentation showed how the Commons was using open source tools like WordPress to build an academic social network address the issue. 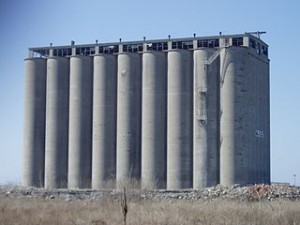 I joined the Commons that night.  The next day, I created a page on Queens College’s wiki with a picture of a silo, and couple paragraphs about this thing called the Commons, a social network built from WordPress, MediaWiki, and BuddyPress whose aim was to foster discourse and collaboration across CUNY campuses.   A link to that page somehow got into Matt’s hands (thanks, @cperry), and I got a very nice thank you note, and then, several months later, a second email offering me a job as Wiki Wrangler on the Commons.

So I think there’s always been a serendipity factor around the Commons, and a sense that something unexpected is going to happen, and that social networks enable the whole deal.  When I joined the Commons, there were less than 600 members and the site was still in Beta. With membership now over three thousand, like-minded members continue to create and join groups at record numbers, sharing knowledge, and building resources accessible to CUNY and beyond.  Blog quantity and quality has grown exponentially.  People are using the Commons in incredibly creative ways (move over, CUNY Pie), journals and reviews are springing up, and departments and programs are talking advantage of our network and its ever-expanding, and always open, box of tools.

The Commons continues to focus on linking up CUNY’s diverse faculty and graduate students, but as it matures, its mission has broadened to serve a wider community.  Commons in a Box is but one example of how the Commons is teaming up with like-minded designers, academics, and institutions and becoming a major contributor to the BuddyPress community.  Who would have thought, just a couple years ago, that the Commons would be on the brink to spawn federated sites at other institutions?

View all posts by Scott Voth →