You are here: Home > Favonian

A few weeks ago I wrote here about the ways in which we could think of CUNY as an open-source project.  That was a pretty good week for me.  Matt Gold wrote to tell me that he’d long felt the same way and then Jim Groom popped up in the comments to give me the nod before running off back into the night.  In response to that post a friend of mine who’s not involved with CUNY sent me this article from October 19th by Alan Jacobs over at Big Questions Online.

Alan Jacobs runs a great blog on education and technology and I’ve enjoyed reading it and becoming familiar with his work.   The Big Questions article on edupunk seemed to overlook some points that I wanted to discuss here because I think they relate well to what we’re doing on the Commons.  Before I say anything else I think it’s only appropriate to parade out a few qualifications.  First, I can’t possibly speak on behalf of edupunk.  I share some ideological concerns with the blogs I’ve read concerning the matter and I do think that, for reasons even Mr. Jacobs concedes, the price-tag of an education has more to do with class signals than grooming minds for great thinking.  Second, I don’t want to conflate edupunk with open-source anymore than is necessary.  The two things share certain points of contact in their pedigree, but I realize they’re distinct parts of the internet.  Finally, and more to the point, I don’t want to risk misrepresenting anyone so let’s just say that these thoughts are my own regarding the matter and if I misstate the case on either side, all apologies.

Jacobs’ article opens with a certain anxiety about the role of the professor in the information age.  Pulling from James O’Donnell, Jacobs highlights some institutional concerns about whether the professor is decaying from provider of information to paltry advisor.  Anxieties mount when Anya Kamenetz’s critique of the university are brought into the conversation.  She makes a good point – why pay a fortune for a degree when you can learn on the web?  The wealth of information available online and the tools that have been created to navigate that information are unprecedented and ultimately it’s a question that deserves an answer.

The cynic in Jacobs realizes that a degree is often a receipt, some weightier than others, and has more to do with network and caché than the quality of education.  The idealist holds out hope that the breadth of the liberal arts degree provides an opportunity for discovery that wouldn’t have come in an otherwise self directed course of study.  Both of these points are well taken and I think we can all agree that between these two currents running within the university success is found in negotiating both in some form.  Where I depart from Jacobs is in the conclusions reached about the best position for a professor in the information age and in the essential failings of the edupunk.

Personally I don’t believe either of those to be true. I think it’s disingenuous to typecast edupunks and folks who believe in DIY education as parasites of the university.  Kamenetz closed her book with two students who were attached to large universities trying to produce free education out of a van in Mexico and this is supposed to show the degree to which edupunk exists as the privileged student living off the intellectual trust of higher education.  It’s absolutely right to say that DIY education owes a paternal debt to the university model and we do seem to be in the gangly adolescence of both the internet and DIY education.  We’re not quite out of the house so to speak. But nascent enterprise doesn’t necessarily mean that people are incapable of using communities to navigate the seas of information.  On the contrary, it’s a pleasure to watch them learn.  If those two students in Mexico are successful in teaching Mixtec and Zapotec students how to learn online for themselves what are to make of them in 15 to 20 years from now?  Do they remain spiritual parasites of the university or will they be guilty only of the second charge, that edupunks believe “that I can find my way to enlightenment through resources I already have, that nothing I deeply dislike is necessary to my education”?

That edupunks begin their work with the presumption that they know already what they do not strikes me as a strawman to support the conclusion regarding the reclaimed position of the professor.  It also says absolutely nothing about the more political concerns of edupunk and DIY education; specifically that corporatization of online learning leads to the very homogenization that we seek to prevent academically by requiring discipline diversity throughout the course of a student’s career.  What good is the professor as ‘Authority’ if they haven’t stopped to consider whether or not the very environment provided for them to disseminate their knowledge is strangled by pre-approved modes of administering knowledge.

And this is where I am proud of the CUNY Commons community.   For just one example consider the Digital Humanities Initiative.  Their wiki resource, the CUNY Digital Humanities Resource Guide, is one of the highest traffic pages on our site.  It’s an authoritative resource for those who want to get their feet wet.  By and large you have scholars here who are not only interested in the intersections of the humanities with technology, but who also share an enthusiasm for the open-source potential of what comes out of those intersections.  It’s certainly fair to say that they do serve at the pleasure of the university, but what’s exciting is that we have no way of knowing what becomes of the humanities as they grow alongside the internet.  Groups that support and nurture digital scholarship might very well be laying the foundation for a  generation of will-be edupunk scholars presently in diapers.   That we don’t have a ‘curriculum’ now that encourages diversity of thought for those pioneers who would navigate their own education does not mean that we can’t develop one, and I’d like to think that the country’s longest running free university is playing a part in that here.  Any serious conversation about education and the internet must consider the cost of an education.  What is information worth?  I’d like to think the professor always answers “priceless.”  It’s the idea that drives libraries, it’s the idea that drove CUNY for as long as it could, and it’s the idea that drives the internet.  I don’t know that we need more authorities with maps…on the contrary, I believe we need more sailors who know how to sail. 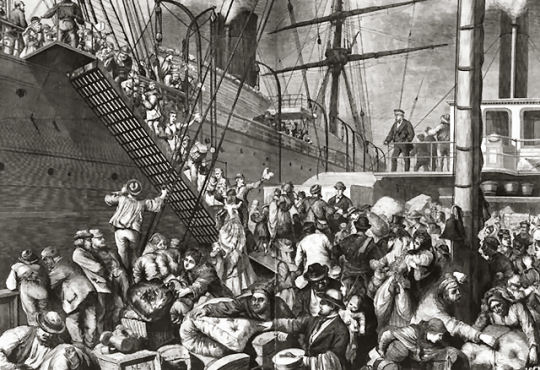