You are here: Home > What are the two sentences you tell your CIO…

…so she will say yes to building an academic commons on my university campus.

This was probably the most interesting question asked of George Otte, Boone Georges, Chris Stein and I after we delivered out talk at the Sloan-C 5th Annual International Symposium for Emerging Technologies for Online Learning Conference in Las Vegas this past summer. Our talk, ‘CUNY Academic Commons – Social Network as Hatchery‘ was given a Sloan-C 2012 Effective Practice Award which was very exciting for us, including Matt Gold our Project Director who was unable to attend the conference.

The talk was a mixture of recent history of the Commons, interesting usage, and the future of the project. That final part, was spent mostly discussing Commons in a Box (C-Box), the soon to be finished, easy to install, social network which uses the same free open source tools Buddypress and WordPress that runs the CUNY Academic Commons. The hope is C-Box will provide other universities the opportunity to take advantage of the work put into CUNY’s project and readily create a commons for their own community.

I believe people in the room quickly recognized the potential of a commons for their own organization, but also quickly worried about roadblocks, leading to the question above. And the answer is not simple when IT departments tend to be more focused on service delivery and security rather than experimenting with new tools.

So how do you convince the person in charge to do this? Well one thing you can tell her is that the software is free (that was another question asked). People with limited technology budgets like to hear that. The next question then might be, well who supports the software? You might answer, “well people at CUNY built it and plan to continue to support updates.” How much will they charge for the updates then? “They’re free too.”

This is where the first red flag might go up in the head of a typical CIO that’s used to having to pay people for everything – licensing software, custom installs, service contracts for regular support, etc. And this is where the answer to the question starts to get more complicated. What made the CUNY Academic Commons possible was an institutional commitment to invest in the project, which is principally in the people that make up the Commons Team. And it’s a group that likes to build not buy, futz and figure out their own solutions rather than bring in a consultant.

So that starts to change things a little, and your CIO may not be so ready to support a project that requires personnel with particular skills. She may say no. So what do you do? One thing we talked about at the conference was how the CUNY Academic Commons was built as a prototype before it was funded by the institution. It was basically bootstrapped together with an early version of Buddypress and people were invited to try it out. And what was amazing was how well people responded to the platform, even though it was very much a work-in-progress.

In retrospect, I feel very lucky to have found the Commons in its infancy over two years ago. I saw immediately what a wonderful opportunity the Commons presented, here was this digital space built by and for the academy that was unbounded. You could use it or not, you could write about anything, and join/create groups for anyone or everyone in the university. It was up to you to imagine the possibilities. And as more and more used the Commons the ideas and opportunities discovered were magnified.

We also floated the idea that if you have a CIO that’s unwilling to support a commons on your campus, you might offer to run it yourself, even possibly find a way to host it yourself if need be. Find a few commited colleagues that would be willing to work with you, get it off and running. It’s really the people that will drive the success of the community your trying to build, not the tools. And in the best of all worlds the success of the project would lead to institutional support similar to the CUNY Academic Commons.

Our talk had been on the morning of the last day of the conference, and it had been a great experience to meet and connect with a number of people, particularly Todd Conaway (fellow ds106er #4life) and Amy Collier from Stanford. Boone and I had the same red eye flight back to New York City at 10pm Friday night. And we didn’t want to sit all day in the airport or spend anymore time around casinos. So we rented a truck (no cars available, very sweet!) and drove out to the desert. Red Rock was a remarkable place – it was 100° hot and really, really quiet – not much moves in that heat. It was truly beautiful out there and I’m glad we made the effort to get away. 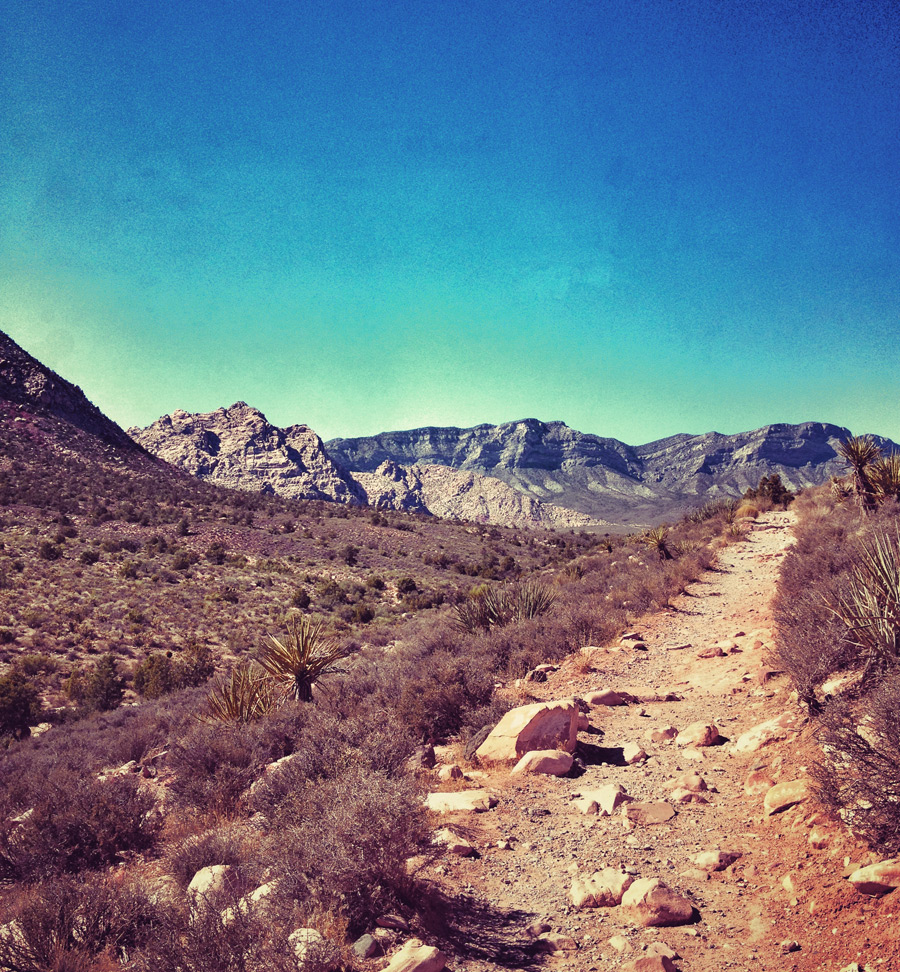 Back in the truck with nice AC, Boone and I had a taste for 80s rock and the Las Vegas radio stations provided. Many awesome songs were heard, and Boone belted them out like a worthy lead of a tribute band. It was really a wonderful afternoon, capping off a great trip.

One last piece of advice I wish we had emphasized more is how much enjoyment the Commons Team gets out of making something together. Whether this could contribute to convincing your CIO to build a commons I’m not sure. There are many answers about how a commons could affect a community in amazing and unexpected ways. But you can also describe that it can be fun, not amusing as in off-roading in the desert to Rock Me Like a Hurricane (ok the Commons did make that possible), but satisfying getting to work on a project with a bunch of passionate people. All the members of the Commons Team work on the project in addition to other jobs. And despite the limited time we have to contribute, when the team gets together to discuss future plans everyone gets animated about the possibilities. We see how the Commons is used by so many people in CUNY and we love working to make it better.